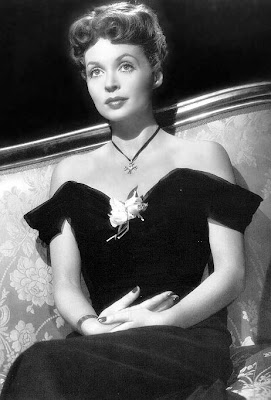 If I HAD to name THE most beautiful and stylish actress ever it would be neither Audrey Hepburn nor the young Elizabeth Taylor and certainly not Grace Kelly, it would be Lilli Palmer.

I suspect that few who are not avid cinéastes will remember her. Her international career didn't last long enough for the following generations to remember.

Lilli Palmer was born Lilli Marie Peiser in Posen (now Poznan) on May 24, 1914. Her father was Dr. Alfred Peiser, a respected doctor and surgeon (his doctoral thesis supervisor was Konrad Röntgen, no less), her mother, Rose Lissmann, had been a stage actress before her marriage. Lilli had had a classical training for the stage, namely with Ilka Grüning (a leading stage actress in Germany before 1933 and internationally best known for her brief appearance as a refugee in Casablanca) and Lucie Höflich, another stage household name, in Berlin. 1932 Lilli came out with her debut at the Hessische Landestheater in Darmstadt. Because of their Jewish parentage, in 1933, her parents wisely sent Lilli and her sister Irene (later to become the actress and singer Irene Prador) away and abroad. The girls went to Paris and 1934 Lilli went to London where she got her first (tiny) film appearance in Hitchcock's "Secret Agent" in 1936. 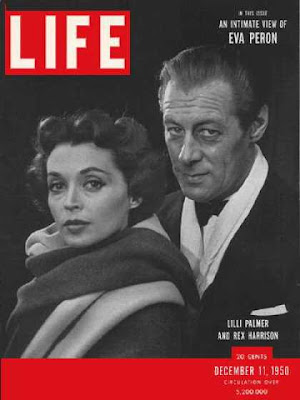 In the mid-1940s she arrived on Broadway and in Hollywood with then-husband Rex Harrison, and was instantly transformed into a leading lady. She starred in Broadway productions as Anne of a Thousand Days, The Four Poster, and Bell, Book and Candle and in such films as Fritz Lang's 1946 production Cloak and Dagger and the 1947 melodrama Body and Soul with John Garfield. Her best Hollywood production was the film-version of The Four Poster (1952), in which she co-starred, again, with Harrison and strongly showed what would become the key to her following international success: worldliness and sophistication plus a bewitching sense of humour.

She returned to Germany in 1954 for the musical comedy Feuerwerk in which she performed a magic rendition of the already popular song "Oh mein Papa" and showed the world that she could sing as well.


She further reinforced her reputation as a top international star, and from that time, she alternated between European- and American-made films, in­cluding, but not limited to, Mädchen in Uniform (1958), But Not for Me (1959), The Pleasure of His Company (1961), The Counterfeit Traitor, Adorable Julia (both 1962), Operation Crossbow (1965), Oedipus the King (1968), De Sade (1969), The Boys From Brazil (1978), and her last film The Holcroft Covenant in 1985. Her witty, insightful 1975 auto-biography, "Change Lobsters and Dance," (in German "Dicke Lilli—Gutes Kind" – Fat Lilli—Good Child) turned out to be a bestseller. With subtle humour that didn't spare herself she told the itinerary and getaway of a once much-chaperoned, now virtually homeless, girl from an upper middle class family to the nightclubs of Paris, the film studios of London and later, together with her English husband Rex Harrison, to Hollywood's brazen demimonde. Only in a few brief asides she mentioned what happened to her Jewish family who had remained in Germany, such as her beloved aunt who jumped out of the window (and to death) when the Gestapo came for her, and her account of the eerie feeling that got hold of her when she first returned to her former "fatherland" is striking.

Lilli wasn't spared the dark side of the glamour. After a sex scandal, in which starlet Carole Landis committed suicide supposedly because of her doomed love of Lilli's husband Rex Harrison, their marriage deteriorated. About that, Lilli wrote later in her biography: "What does one wear to the funeral of one's husband's mistress?" Harrison, a notorious philanderer, had an affair with British actress Kay Kendall and divorced Lilli to marry the terminally ill Kendall with hopes of a re-marriage to Palmer after Kay's death, but that never came to pass. He later decreed that after his death part of his ashes should be spread on Lilli's grave and so it happened. 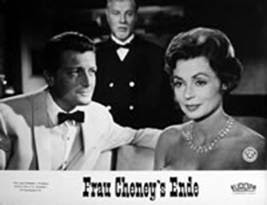 In 1958, Lilli married Argentinian actor-heartthrob Carlos Thompson, later to become a serious writer, to whom she stayed married until her death and the marriage was said to be inordinately happy. Thompson commited suicide in 1990, supposedly because he couldn't get over the loss of his wife.

Lilli Palmer's last work was not in film but in the TV mini series "Peter The Great" in 1986, where she starred together with, among others, Maximilian Schell, Vanessa Redgrave, Omar Sharif, Trevor Howard and Laurence Olivier. She died from cancer on 27th January that same year, aged 71. Life had been kind to her, at least in one respect: Germany's most beautiful daughter remained beautiful until the end.

The "fatherland" honoured her with a postage stamp.