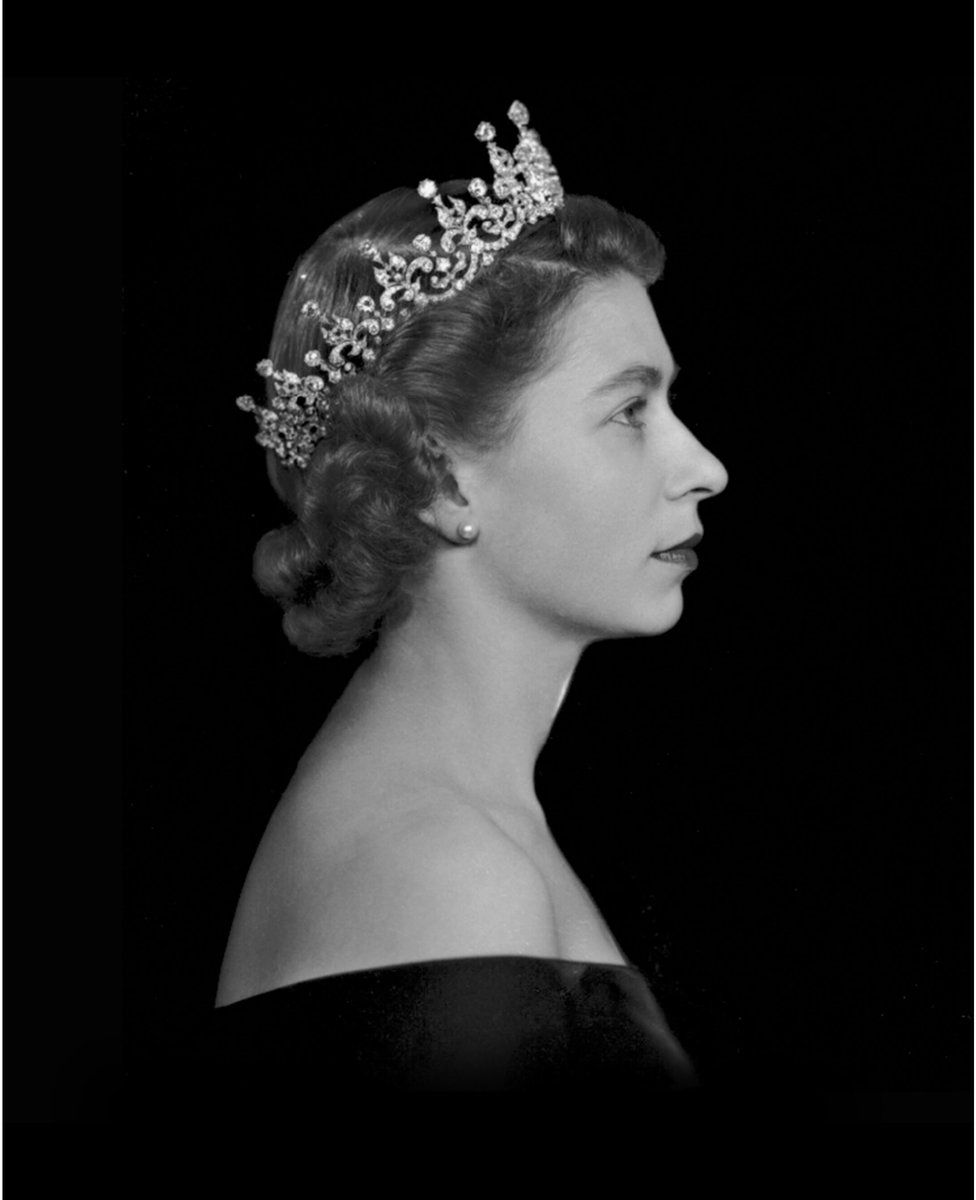 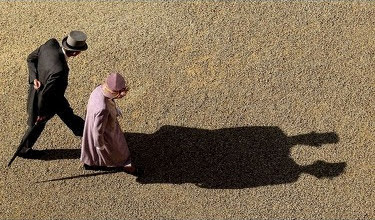 Because there is no end to the antics of "Meghan and Harry" (I might as well write about it later) I hereby re-post my blog entries about this, well, recent addition to the Royal Family with a few updates added. My point in doing so is that everybody could have known "it".

What I did NOT expect, however, was the depth of depravity, shown by the disregard for Just-Call-me-Harry's very old grandparents, specifically during a global pandemic, and for the pandemic itself and the many people who have died from it and the millions who suffer under its conditions.
* [tongue-in-cheek alert for the slow!]

So here it goes:

The Little Mole and the Prince - A Fairy Tale 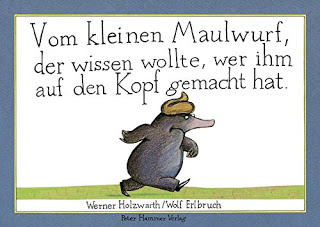 Once upon a time there was an only just young-ish woman from a faraway country who stood for everything good and noble and thus won heart and hand of a handsome prince overwhelmed by the goodness of her heart.

Her goodness was so zeitgeisty and her demeanour so impeccable, that it even melted the cold heart of an evil queen

Well, it wasn't quite so. 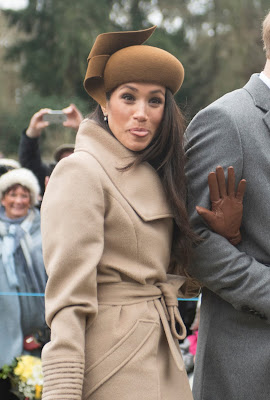 Behind the scenes, too, our princess-in-waiting made all the wrong moves, causing the tabloid press in Britain to dub her "Princess Pushy", an epithet first applied just as aptly to the (albeit in a different way) equally preposterous Princess Michael of Kent.

But back to Pushy Mark II.

The Trump-hater, who likes to think of herself as a "leftist activist", was spitting mad over the prenup her prince, or rather Her Majesty, asked her to sign. Then, there's Pushy's tantrum over the Obamas, demanding Barack and Michelle are on the guest list, and at that point the Queen took control, slapping the little mole hard with a "brutal surprise".

The young-ish bride was allegedly caught screaming at Prince Harry over the prenup, unknown so far within the Royal Family, livid that the Queen would require her to sign it, and the altercation was leaked to the media, something that doesn't sit well with the monarch.

The SUN, this paragon of journalistic ethos, reported, "Harry and fiancée Meghan Markle have told aides they want the former US president and wife Michelle at their big day on May 19. The young Royal couple’s dislike of the new president is well known."

Not really. Prince Harry's like or dislike of President Trump is not known at all. In fact, it's imperative that all members of British royal family never make their own opinions on politics known. It goes back to their official role as figureheads, as goodwill ambassadors, who must stay neutral at any time. (To what extent and how often the new addition to the royal family will publicly embarrass her future in-laws is speculation, but my money is on "cringemaking-" and "frequently". Women like her can't help it.)

However, it's not Harry's, but Little Miss Mole's "dislike" of Trump that is "well known", and if she lives up to her as insulting as apt nickname, we can safely assume that she has given Harry already an earful, peddling every liberal fake news there are about President Trump.

There's every indication that Her Majesty is not overly fond of the Obamas. Of course, she won't (and can't) speak out publicly, but only recently, Nile Gardiner*, a former aide to Margaret Thatcher and close friend of the Queen, spoke out about why the Obamas will not be invited.

What Mr. Gardiner said is, in a nutshell, that Barack Obama very obviously hated Britain and made no effort to hide it and that the former President used to be disrespectful to the British people and their queen. Remember, Obama sent back the bust of the Queen’s favourite prime minister, Winston Churchill, but that's not all. When Prime Minister Gordon Brown gave President Obama the charming present of a penholder made from wood of the HMS Gannet, he got in return a couple of DVDs, Queen Elizabeth was graced with an iPod with Obama's own speeches, and surely the Queen hasn't forgotten that Obama was fond of complimenting African countries on their independence struggles against Britain, never mentioning once that it was mainly thanks to the Royal Navy that the slave trade stopped.

But whatever, Princess Pushy can go ahead and scream all she wants about her liberal activism and her love of the Obamas, the Queen isn’t buying it. The Obamas will not be invited, so Gardiner, case closed. 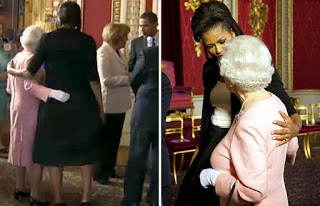 I don't think, by the way, that Michelle O's backrub (one doesn't paw royalty) played a big part for the Queen in the process of her assessment of the Obamas. The old lady is used to badly brought up and rude people and presumably she only smiled forgivingly in retrospect. SHE was WELL brought up, after all.

Interestingly, Backrubgate didn't meet with much disapproval, at least not from the usual suspects, the same usual suspects who, on the other hand, fainted in horror and shock over President Trump's breach of protocol when he kindly and wellmeaningly informed the elderly wife of the young French President that she was "in great shape". Had he denied the Holocaust it wouldn't have been quite so bad.

When it comes to the wedding, the Queen is treading gently. If Pushy presumed she'd be getting hitched at one of the grand places for royal weddings, Westminister Abbey or St. Paul’s Cathedral, she presumed wrong. The Queen gave approval for second rate digs at Windsor Castle, not more.

The old lady also let the princess-to-be know that she'd have to be formally baptised and take religious/moral instruction and receive confirmation before she could marry Harry. That is another "brutal surprise" and doesn't, quite understandably, go well together with Pushy's "liberal activism".

Poor Pushy. A prenup, no Westminster Abbey or St. Paul's Cathedral, no Obama, and all that degrading religious and moral instruction stuff. Looks to me more like a tragedy than a fairy tale.

I like Harry. The guy is a tough cookie and that always impresses me. Moreover, he comes across as a seriously nice guy, and who can forget the haunting image of the little boy walking behing his mother's coffin. But what amazes me is his choice of armpieces which suffers from a predilection for vulgarity, so far unknown in the family. (If we count Uncle Andrew out, that is.) And although my own "dislike" of his mother is "well known" as well, it is a fact that she never was, in spite of all her other shortcomings, vulgar, even not when her "English Rose" looks had long changed to "as hard as nails". 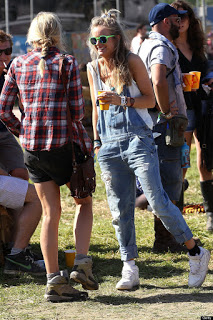 Harry's one really long relationship was the one with Chelsy Davy (sorry, but the first name IS rather cringeworthy), and although the young woman DID come across as a tiny wee bit, well, common, she's a lawyer now and not some tinpot American actress with a sleazy past and long past her prime. Chelsy didn't feel up to the role. Clever girl!

Harry's other long-ish relationship used to be the one with the lovely, well connected and very upperclassical Cressida Bonas (left at Glastonbury Festival with Harry). This young woman, too, didn't feel up to the role. Girls from such a background usually know, different from Hollywood sluts who think that the Queen wears a tiara in the lavatory, how the royal family functions and what it means to be part of it.

Yes, maybe poor Harry has "finally found his true love", to use one of the insufferably maudlin labels of which the gutter media and the little mole's adoring female fandom are so fond. I'd call it more prosaically, and you may call me bitchy, that he seems to be sadly reduced to scraping the bottom of the barrel by now.

A fondness for vulgarity may happen to the best of men and even to a prince. Here we have an officer and gentleman, a soldier who served in Afghanistan and passed the rigorous Apache flying test and who is now jeopardising his own respect and that of his eminent family for a piece of cheap arse. Please explain men to me.

Why did the Queen allow it? Well, we are in the realm of conjecture here. Maybe she remembers her fatal decision to confront her sister with the almost unbearable choice either to remain a member of the royal family or to marry Group Captain Peter Townsend. Maybe she remembers the fatal first marriage the family forced upon the heir to the throne. Townsend was a divorced man, at that time an unthinkable choice for the daughter and sister of the supreme governor of the CoE, whilst Camilla Shand, although from an upperclass background, may have been considered not quite "royal material" back then.

In the meantime, her youngest son and the one of her grandsons who may one day be king, married young women from the middle classes and her eldest son in second marriage his back then not quite eligible early love - all notably successes. That may have been part of the decision as well - one could speculate.

Or did the royal family fear that their name would be mud had they not submitted to the Prince's wishes? After all, the bride-to-be has an (albeit hardly visible) smidgeon of "black" genes and, after all as well, the accusation of "racism" has become, whether justified or not, a razor sharp tool in the hand of the proverbial ape, i.e. the judgemental politically correct public and media.

But maybe she's just too old and tired to stand up against the modern tide of events in a world that has become increasingly dirty and debased.

May God Save The Queen.

* Interestingly, the source has been taken down and Gardiner has heavily backpedalled since then. Why, is open to speculation.