The Duchess of Delicacies

The Duchess of Sussex invited a friend, namely her "makeup artist", to afternoon tea at Kensington Palace.


As a close and trusted and therefore per definitionem classy friend, he lost no time informing the world about what goes on behind the walls of Kensington Palace, so we know now, too, what treats had been waiting there for him.

I let William Hanson, here in the Daily Mail, take over. He fights with a foil, I with a sledge hammer.


'However, I am a great believer in the "your house, your rules" school of thought so if HRH The Duchess of Sussex wishes to serve it at her teas then good luck to her.

'I’m sure it was followed up with a delicious granola and hemp vegan scone.'

Fittingly, the chocolates are Fortnum and Mason's £13.95 Sandringham Coffee Truffles, which were served directly from the royal retailer's distinctive blue box.

The crockery was elegantly mismatched, with a brushed blue ceramic tea pot and cup sitting in contrast with the formal scalloped edged silver saucer and side plates.

What was it about? 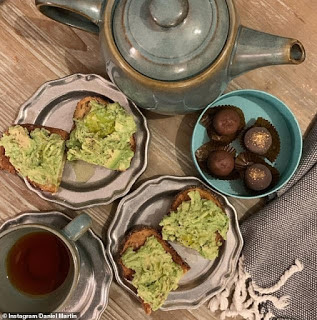 And because William Hanson is much too polite to utter what he REALLY thinks - no let me rephrase that: because he is a master of voicing his opinion with subtle irony, let me translate:


'Do what you like in your own house, but don't be amazed about the reactions from the polite part of society.

'And I'm sure what followed was bound to be even worse' or rather '...even worse New Age crap'.

It is, and we are not amazed, the bottom of bad manners to serve expensive chocolates (or anything else, really) from the box. What will be next? Tupperware?

To match cheap and ugly ceramic tableware with formal looking pieces [Style Queen's note: I think it's pewter, not silver] is tacky beyond belief.

I may be wrong, after all, I'm no mind reader.

But let's talk about the tables at Kensington Palace as well. Have they switched to raw timber lately? And to fringed floor cloth napkins?

But whatever, at least some of the reactions from the usual Besotted-with-Meghan-suspects had been quite favourable. 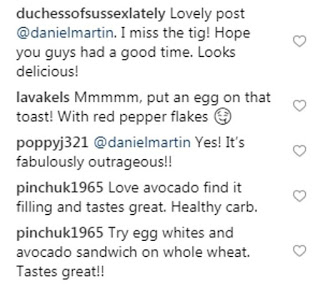 No it doesn't. It looks disgusting and if I see epithets like "fabulously outrageous" (which translates to "tacky") and "healthy carb", I go sick.

Well, it says they are from F&M. Can't be too difficult to find them, sycophant dumbo!

And no, this is NOT "down to earth" and "charming" either. Let me tell you why from a general etiquette point of view:
From a royal etiquette point of view I'd say that one doesn't invite somebody of whom one can't be 100% sure of not spilling the beans. But that was exactly what she intended, wasn't it? (Again, I wager my china.) And to hell with hospitality, etiquette, good manners and the reputation of the eminent family into which she married and of which she has made laughing stock already only too often.

And the Best-Comment-Award goes to:


What sort of guest gets invited into someone’s home, photographs a meal served to them in kind, and as if that wasn’t non-u, goes blabbing about it to the media? Right! The kind who deserved whatever this is. I hope she spat in it too. ??

To be honest, it wouldn't amaze me.